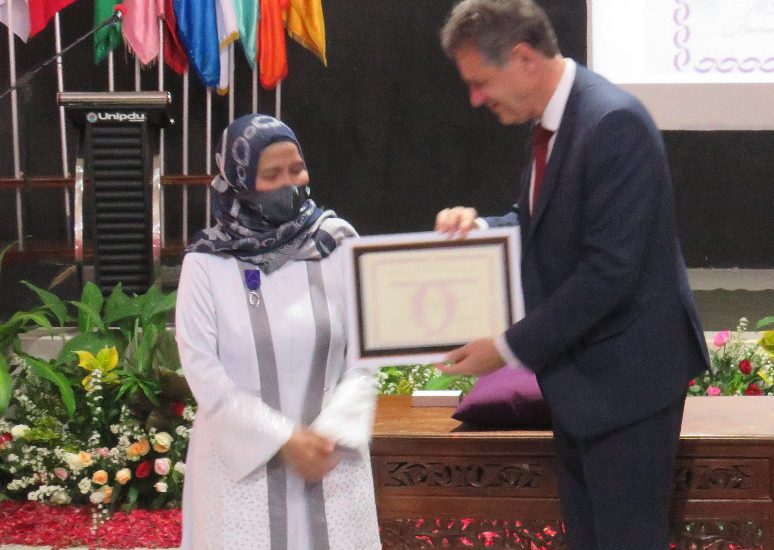 During the visit, the Vice Regent of Jombang, the Head of the Jombang Education Office, the Chancellor of Unipdu Jombang and all his staff were present.

In his remarks, Sumrambah, the Deputy Regent of Jombang, said that Unipdu was extraordinary. He said starting from the order of education to establish cooperation between countries.

“Unipdu is extraordinary, its education and cooperation has been able to win an award from the French government. In this case, it proves that pesantren is not inferior to other schools,” he said in his remarks.

On the other hand, apart from the campus, he explained that the Darul Ulum (DU) Rejoso Jombang Islamic Boarding School is the pride of the Jombang residents.

“I know this hut has become the pride of the people of Jombang. So I chose to raise my children’s educated cadres in this pesantren,” said the Deputy Regent of Jombang.

Meanwhile, I hope that the representative from the Jombang Government will hopefully get this award to bring Unipdu forward and improve.

“For this award, I hope that I can further increase his dedication and role in advancing education at Unipdu Jombang,” he concluded.

It is known that based on the observations of Beritabangsa.com while at the location, the implementation went smoothly and it seemed that all were obedient to implementing health protocols.